COVID-19 by James and Jean Anton 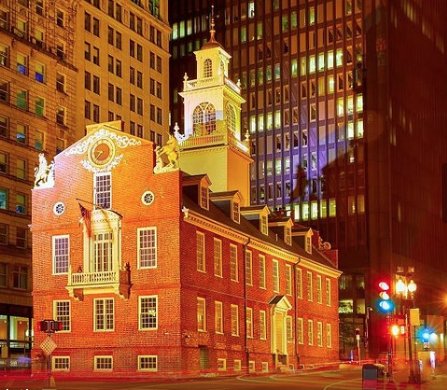 CAROL: In her mid 50s; fit and healthy looking.

OLD JOHN:  In his mid 70s; has long hair, a thick long beard, and is thin but not frail

SINGER (Could be male or female, any age)

Boston, like every major city in the US, is a ghost town because people have been asked to stay in their homes during the Great Pandemic of 2020.  All schools, theaters, bars, and restaurants and most shops have been locked down.  People are hoarding, making it impossible to even get important items like hand sanitizer, protective masks and gloves, and even toilet paper.  Meat is being rationed at some supermarkets.  Police and army are on alert, preparing for expected social disruption.

CAROL is standing, watching a street SINGER in Faneuil Market singing a song by Buffalo Springfield.

Old John:    Well, usually this street is so crowded.  We have the entire place to ourselves now.  So it’s just me and you, Babe.  (He pops a peanut in his mouth)  Don’t you think it’s cool?

Carol:    (Throws her arms up in the air horrified, as if to say, ‘Stay away from me!’)   No.  There’s nothing cool about this pandemic.  Do you think people thought that the Black Plague was cool?  We shouldn’t even be here.  We should be self quarantining.  Get away from me!

Old John:    Look, I’m just making conversation.  (He puts the index finger of his left hand under his jaw, and takes his pulse.)  Go ahead, take one!  They’re good for you.  (Extending the bag of peanuts towards her with his right hand.)  I love them.  And they’re cheap.  I have a huge sack of peanuts in my apartment.  I live on them.  Saves me a lot of money on food.

Old John:    You gotta live cheap when you have only social security to live on.  I like your spirit, daring to come here just like me.  We aren’t afraid to tempt fate.  (Finishes his last peanut, then crumples up the bag and tosses it on the ground.)  And that’s what we’re both doing here, tempting fate.

CAROL moves away, then looks around as if she were trying to find someone.  She looks at her phone, sends a text message then puts the phone back in her bag. OLD JOHN moves close to her again.

Carol:    Would you please stand back!  We’re supposed to be social distancing; Stay six feet away from me!   Unlike you, I haven’t the slightest desire to tempt fate.

Old John:    But that’s no way to live is it?  Self quarantining!

Carol:    Perhaps not.  But it’s necessary.  So keep your distance!

Carol:    Well you should be!  Saying you’re not scared doesn’t make it any less dangerous.

Old John:    This is fake.  (Gestures toward the empty street.)  This is all fake.

Old John:    Anyway, I’m an old man.  Death attempts to visit me on a daily basis, pandemic or no pandemic.  I’m used to it.

Carol:    You’ll find out soon enough how bad this all is when you keep disregarding the rules and end up dead.

Carol:    Oh, Jesus!  Then what’s the morgue full of?  Thousands of people have died all over the world already.  Why are they locking down whole cities?

Carol:    Whatever!  Will you please stand back!  You keep moving too close.

Carol:    (Pulls her phone out of her bag.)  If you don’t stand back I’ll call the police.

Old John:    You’ll call the police?  (Moves away)  I like the police.  We are all children of the same gods, you know that?  I know what you should do.  Try eating only raw foods for a month.    (He makes a muscle with his arm.)  Feel that!

Old John:    At least, you should give up red meat.  Eat the colors of the rainbow.  You’ll be less angry.

Carol:    Yeah, then whenever I got hungry I could just go out on the front lawn and graze.

Old John:    (Looking her up and down.)  Well considering that you’re a carnivore, you look pretty healthy.  How old are you?

Carol:    None of your business.

Carol    Do you often flatter the women you meet here?

Carol:    (Checking her phone for messages.)  Come on, Elissa, where are you?

Carol:    (Throws phone in her handbag.)  OK.  (Reluctantly)  . . .  She’s five-foot-seven, thin, a brunette, with dark eyes–almost black with long eyelashes.   She’s seventeen years old.  (Beat.)  Well, have you seen someone like that here?

Old John:    Maybe.  But a lot of girls fit that description.  I guess you got no idea what she was wearing.  Do you have a photo of her?

Carol:    (Gets phone and frantically runs through photos.)  Here, look!  (She holds the phone up for him to examine.)

Old John:    Well there you go.  Can you stand a bit closer?  My eyes are not what they used to be.

Carol:    (Pulling phone away.)  If you insist on touching, this conversation is over!  Stand back!  (OLD JOHN moves back a little.  CAROL wipes the phone on her jacket.)

Carol:    Were you saying you think you saw my daughter?

CAROL shows OLD JOHN the picture of her daughter on her phone.

Old John:    Is Peter going to meet you here?

Carol:    What difference does it make?  Did you see my daughter?

Old John:    I think it’s possible.  Don’t you think Peter should be here for you?

Old John:    Yeah, it’s house arrest for the entire world.  But he does have a choice.  Shouldn’t he be here with you?

Carol:    House arrest?  What are you talking about?

Old John:    Mischief.  First they put the entire world under house arrest, then they do their mischief.  (Shakes his head back and forth.)  Truth be told, I’ve lived a long time and never would have imagined it would turn out this bad.

Carol:    That’s not what I’m talking about.  My boyfriend’s married and his wife’s keeping him under lock and key.  Please tell me if you saw my daughter.

Old John:    Did he promise to leave her?

Carol:    He has five kids.  Three boys and two girls.

Old John:    (Throwing his hands up in the air.)  No problem.  No problem.  If you don’t want to touch.  That doesn’t have to stop us from dancing, does it?  (He begins to gently dance by himself.)  We can still dance . . .  You wouldn’t be unfaithful to Peter or your ex-husband or your daughter or anyone by dancing with an old man.  You can become Isadora Duncan, the ultimate free spirit.  And me, Baryshnikov.

Carol:    (Interrupting him.)  Why are you singing?  I hope it’s not for my benefit.  I’m certainly not impressed.  Singing at this time, when I’m going out of my mind with worry, is sadistic.

Old John:    There’s your daughter to consider.  I want to be sure I’m doing the right thing.

Carol:    (Heavy sigh.)  I went back to school.  I decided to try to get a degree in counseling.  Can you imagine, I was nearly 50 years old!    Me, the most fucked-up person I know, wanted to tell fucked-up people how to get better.  Did you say you saw my daughter?

Old John:    First I have to know why she ran away.

Carol    OK.  OK.  But if you are lying about seeing my daughter, I’ll pummel you!  Do you understand?  I’ll go ballistic!

Carol:    (Takes a deep breath.)  When my husband divorced me, I left her with my mother-in-law, a miserable excuse for a woman.  All she cares about is money.  When Elissa vanished all she could say was ‘serves you right’.  (Beat.)  I was just getting used to the idea of never seeing her again when she texted to say she wanted to meet me here.  . . .  Are you sure she’s here?

Carol:    Would you please take me to her?

Old John:    You need to tell me one more thing: What happened to your ex?

Carol:    Why are you doing this to me?  How can that help?  It’s none of your business!  Why can’t you just take me to her?

Old John:    Sorry.  (Gestures with his hands in such a way as to say, this is what I need to know, and I’m not explaining.)

Carol:    He didn’t remarry and from what I hear he never will.  He hates women now.  He says they’re all like me.  I haven’t seen him in a more than two years.  He never got over his anger.

Carol:    Bullshit!  Anyway, I paid your price.  Take me to my daughter!

Old John:      Follow me!  (They walk across the stage.  A PANTOMIMIST enters from stage left.  A black veil covers her face.  She is wearing a black leotard with no shoes.  She begins to dance.)

Carol:    That’s her!  Elissa!  She’s pretending to dance with somebody.

Carol:    It’s like she’s in a Bergman movie, the Seventh Seal.

CAROL approaches the PANTOMIMIST.  She strains to see the face behind the black veil.  The PANTOMIMIST indicates that she should step back.  She does.

OLD JOHN walks straight up to the PANTOMIMIST and gently puts his hands on her shoulders.

Old John:    Let me see your face.  (The PANTOMIMIST bows her head and he lifts the veil from her face.)

Carol:    Elissa!   Elissa!   You’re so thin.  (The PANTOMIMIST shushes her.)  What are you doing here?  Come on.  Let me take you home; I’ll make you something to eat.  We can get to know each other again.  (The PANTOMIMIST does not move.  CAROL looks around.  No one else is on the street and it’s getting dark.)  Street performers are not supposed to be performing during the lockdown  . . .   You’ll be arrested if they catch you.

Old John:    (He takes the PANTOMIMIST by the hand.  She looks at him lovingly.)  Shall we dance?  (The PANTOMIMIST and OLD JOHN begin to dance free-style together, ignoring CAROL.)  You are Margot Fonteyn, I am Rudolf Nureyev.  We are the wind that speaks.  We are the sound of the light.

The PANTOMIMIST removes her veil and allows it to float to the ground, then turns to CAROL, waving goodbye.  She and OLD JOHN continue dancing.

Carol:       Wait a minute!   You’re not Elissa!  Who are you?  (Stage and house go completely dark.  We hear the PANTOMIMIST and OLD JOHN coughing violently.)  What’s going on?  (PANTOMIMIST and OLD JOHN disappear.)  This is a dream!  (Lights go back on.)  This is a dream!  (We hear recording of Hey Children Watch that Sound.)  Thank goodness this is only a dream.  (Stage and house go completely dark again.  Music stops.  Carol speaks from the dark.)   When I wake up, the nightmare will be over.  (Stage and house lights go on.)